Sometimes it’s fun to reminisce about the good ol’ days of social media and being online. You know? Before we realized the people who created it are basically Voldemort, planning world domination with our data. Young folks today don’t even know how much things have changed in such a short amount of time.

I joined Facebook in July 2004, 5 months after Mark Zuckerberg created the platform as a sophomore at Harvard University. I, too, was a sophomore, but at the University of Illinois. Because he opened TheFacebook.com (hehehe the) to Harvard, then other Ivy Leagues, and then Big Tens, I was able to sign up. Of course LuvvNation joined in the conversation on Facebook (because meta) and your replies had me cacklin.

Tara: I’m “this was social media in my day” years old: Alicia: I’m “html coding my myspace background to make sure i had the latest twinkling stars and bubble letter graffiti” years old.

Elan: I’m “I’ve been in chat rooms since my 400 megabyte computer with a monitor that could display 256 colours had to go shhhkkkkkkrrrr​kakingkakingkakingtsh​chchchchchchchcch​*ding*ding*ding* to connect to the internet” social media years old.

Carmen: I’m “nobody pick up the phone because I’m using the internet!” (to post a/s/l) social media years old.

Ambar: My brother was a ho in life so nothing was worse than ALL his girlfriends calling the house and knocking me off the internet every 20 minutes.

Bianca: I remember when it rolled out to Texas A&M in 2003 or 2004. I low key was salty when you didn’t need the .edu email and they let high schoolers get on.

Ricky: I’m still mad about that. Little ass kids trashing the joint and older people sending me damn chain letters all the time.

Jessica: We were like “there goes the neighborhood” when you no longer needed a college email to join.

Monica: It came to A&M in 2004. I remember because I was a sophomore and was like “I’ll never be part of that stupid ass Facebook”, then I got bored over Christmas break and one thing led to another and here we are.

Heather: When you had to choose your fb status from a drop down list.

Ajani: I’m “I met my husband online and we’d chat on ICQ, when my roommate didn’t need to use the phone” years old.

Maya: I’m “get a random-ass free CD in the mail to download the software to start AOL” years old.

Amanda: And if someone called your landline in the middle of that and interrupted your download?!?! There was HELL to pay!

Summer: I’m knowing how to start a computer from Dos years old!

Erin: I’m “check out my play list and purple butterfly background on my MySpace page” years old. And then get mad I can’t do the same thing on Facebook, but I can poke people.

Dedria: I had a rotary dial phone in college at Grambling. The pay phones in the hallway in the dorm that everybody used and one of the girls who happened to be walking by answered the phone and came knocked on your door to tell you your Mama was on the phone years old.

Amanda: Never heard my sorority house as quiet as it was the night FB started allowing pictures to be uploaded.

Kim: I’m “when I started college, you still had the option of turning in hand written assignments” years old.

Yolie: I am “listening to vinyl but thought I was doin somethin when I was ordering 12 for 12 CDs from Columbia House / BMG” years old.

Yulanda: I’m “having a $900 phone bill from BellSouth because they hadn’t figured out that dial up was not a long distance phone call. Then I had a $900 credit” years old.

Alexandra: Honey did you have a Prodigy account? I feel so old, cobwebs are up in my lady business. a former fiance of mine had a party line for his phone number, babe.

Sabrina: I am “we had all 100 volumes of encyclopedia Brittanica, you better take your ass to the library to research your paper and type it on a word processor then print it on paper you have the tear the sides off “ years old lol

Eboni: I’m dialing numbers so when you flip your pager upside down it’s a message old. I’m US Cellular Unlimited incoming calls, 1500 outgoing minutes, free after 9pm, no color screen, no internet for $30/month old.

Camille: I’m “AOL CD dial up on your work laptop bc personal computers were too pricey” old. Back when the internet had manners and your main chat room was “Black Voices” and the city you were in.

Aramide: I’m “I carried around every CD I owned in a huge CD binder/folio along with my giant portable CD player and headphones that didn’t fit into nan pocket” years old.

Traci: I remember when the “newsfeed” feature started and everyone was so upset that everyone could see everything they posted.

MeMe: I’m “I was on BlackPlanet, spending hours customizing my page, signing other folks guestbook, before there was even a Facebook, still on AOL” years old.

Audrey: I’m “Computers were so new when I went to college that you had to go to the library to use them” old. I’m also “I remember dial-up” old.

Regina: I’m “Typed in the wrong code for the background on my Blackplanet page and had random symbols and letters scrolling from left to right but lost my password and never fixed it” years old.

Daco: I’m “Turn up my Mary J. Blige TAPE in the background while I record my answering machine” old because there is no digital voicemail/email!

Chemere: I’m “BlackPlanet, MySpace, and AOL/Excite chat rooms, had to for real be in college for Facebook” years old.

Tasha: I’m “I had a College Club account I could only access in the campus computer lab” old.

Kim: I’m having a different AOL email every 30 days when the free trial ran out years old.

Tessie: MySpace was the best thing ever. That’s my age.

Lauren: “I played Oregon Trail in school during free time and thought it was so decent” years old.

Christina: I’m “AOL didn’t even exist till I was in college” years old.

Courtney: I’m “made tripod/geocities pages with my message board friends over dialup” years old.

Harmony: I have emails in my university inbox from “The Facebook” circa 2004.

Andrea: I guess I’m “Carry around 25 cents for a phone call” years old.

Franchesca: I’m “I had a Tandy computer from Radio Shack” years old…

Kaye: Been on Facebook since your ONLY friends were those on your college campus!!

Karen: I am “honey you need to take that AOL address off your resume if you want employers to think you’re relevant” years old.

Ana: I’m “didn’t have email in college, cause it was still only used by the military at the time ” years old

Drea: I’m “I’m so glad they didn’t have social media when I was school” social media years old. #mymemorieswouldhavebeenahotmess #changerelationshipstatuseveryhour

Read this thread on Twitter for other people’s social media ages.

How old, in social media years, are you? 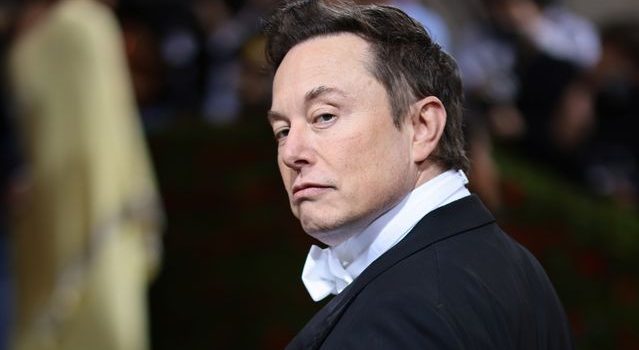 Beychella is Proof That Beyoncé is the Greatest Performer Alive. I'm Not Arguing