Elon Musk is now the CEO of Twitter, and all hell has broken loose. In a week, he’s fired over 3,700 employees and is beginning an $8/month plan that will allow anyone to have a verified checkmark. And those who are already verified but don’t pay will lose their blue checkmark. It is a dumpster fire. A raging one that is worst than anyone has predicted. He’s also permanently suspending people who mock him, like the overgrown petulant toddler that he is.

A whiny ass billionaire whose insecurities led him to bid above his intelligence pay grade, so he’s on the hook for money he can’t make back and is now throwing tantrums because his daft ass feels are hurt from people stating the truth of: he ain’t got the IQ, EQ or chest for this. 😐😑

We give rich people TOO MUCH CREDIT for being smart, when a lot of really wealthy people are GREEDY first. Some of the smartest people in the world are folks whose names we will never know. The billionaires? Most got there doing greedy shit. More cruel than smart.

Now we’re watching Twitter implode because a rich white man who would fail a basic Business Management 101 course was given the keys to one of the most important info companies in the world. Because white and male trumps smarts and sense.

This acquisition and its rapid implosion of the platform that follows should be studied by schools for decades to come. However this pans out, the last week ALONE has been a case study in the audacity of caucasity and unearned hubris, and the ways it ruins companies and society. The one thing I’m especially taking away from this takeover: NEVER will I step in a room of rich, white men and feel intimidated. Many of them are bringing a Q-tip to an intellectual gun fight. Racism exists purely to ensure they’d win because without it, they’d lose VERY QUICKLY. Racism is REQUIRED for their elevation, because this world has made the rest of us sharper, more clever, because we’ve had to be to remotely make it. While they’ve rested on their laurels and been elevated because they’ve built houses where only they have the key.

The intelligence of rich white men is often a mirage. That is the story of Elon Musk, the man who bought Twitter. It’s fascinating to watch. All balls with nothing to back it up. Hubris without honor with a hoarder of cash is hell-raising.

And Jack can’t be let off the hook for handing the keys to Elon. Rich white men passing the buck to each other is the exact reason why the world is a dumpster fire. He got on here and gave some silly ass apology with prayer hands. Sir, you have failed millions of people. MILLIONS.

Like I said in my book Professional Troublemaker, I don’t want the confidence of a mediocre white man. It’s without flavor, without weight and it’s milquetoast. It’s bland. It’s also dangerous because it’s the reason weak ass alabaster men think they can rule the world.

This is a transcription of a thread I did on Twitter.

If you liked this content, you’ll love this newsletter!

Join the LuvvLetter, and get weekly emails with reflections and recommendations from Luvvie Ajayi Jones.
Tags:Caucasity,Elon Musk,Twitter 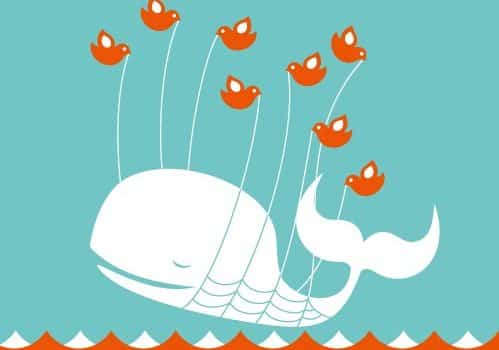 About Kanye's Antisemitism, Earned Consequences and Who We Fight For

We Deserve Rest, Relaxation and Rejuvenation So Here's the LuvvLuxe Set!