Back in my youth, I enjoyed video games just like everyone else. The last time I was really into it was way back when Sega Genesis was the IT console to have. You remember it. All-black, slightly glossy and hella awesome! When you turned it on, you’d here the sing-song SEGAAAAAA. You’d be so geeked up too.

The game I remember playing the most was Sonic the Hedgehog. You remember him. The blue dude whose main goal was to stop Doctor Eggman from taking over the world. His sidekick was Miles, who was known as Tails because he was an adorable fox that had 2 tails. He just followed Sonic on his missions and tried to help.

But really, he barely had power so no one wanted to play him when it was 2-player time. He was literally the red-headed stepchild of the game. If you were a younger sibling though (like I was), you often got stuck with Tails. Salty is as salty does. Such ageism, man.

Sonic pounced around collecting coins, avoiding booby traps and all other obstacles.

When you want to collect a log of coins or just ramp up to get Sonic to be all suprsonic and fast, you’d hold down the down button and either A or B for like 5 seconds and he’d charged up. SO FUN!

This is what happened when you paused the game to go do something and it goes past a couple of minutes. The foot tap was Sonic’s way of telling you to bring your yansh and play already!

Sonic would even look at his watch and judge you for wasting his time. But his red shoes WERE fresh, doe. I was into em.

And when you play with multiple folks and you were all in the same spot in the game, you could do things like this:

Did yall used to play Sonic the Hedgehog too? Take a stroll down memory lane with a G! 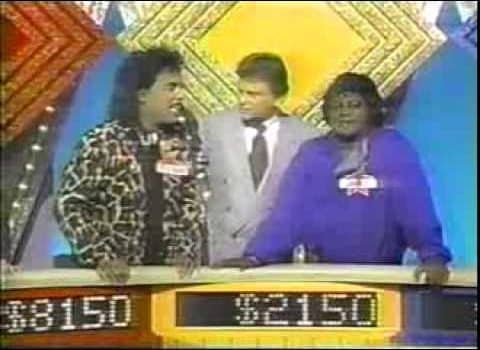