The mid 90s were a boon to emotional, vulnerable ass ninjas who loved to croon mediocre R&B ballads. But only one emo dude earns the title for Douchiest. Video. Ever. Behold, Mario Winans’ “I Don’t Wanna Know” with real-time commentary from me and Kindred.

Luvvie: as he serenades himself with backlight. ANGST game is proper ALREADY lmaooo

Kindred: see? I knew Bad Boy was up to no good

Luvvie: why is he bent over the piano??

Kindred: he is in PAIN

Luvvie: assessing his life. lmao why did the beat start and I’m twurkin in my chair? for such a sad song, the beat is TIGHT

Kindred: every time this comes on, i think it’s the Fugees, as does the rest of America

Luvvie: OW OWWWWWW! see them make out in B&W

Luvvie: lmaooooo! why is he sitting among trash?

Kindred: cause that’s how he FEELS, his heart in the GUTTAH

Kindred: YES. I told you but there’s nothing like the experience

Kindred: they don’t! he ruined it for everybody. and for his sweater

Luvvie: on that twin size bed he sittin on – what is this?? a dorm?

Kindred: that’s why she left him

Luvvie: XL sheets face ass. hahaha he watching movies on a projector as he reminisce

Luvvie: lmao at the chick rocking lingerie and a bucket hat. where’s her short set?

Kindred: look at his superior acting skills. this video is full of bad decisions

Luvvie: that video is angsty as shit!!!

Kindred: how did he get a dry sweater?

Luvvie: bad decisions, bad acting. this GROWN man dipped himself in a tub fully-clothed and crying

Luvvie: H20 aint the answer to his problems

Kindred: look at all them tapes he got. this can’t be healthy

Luvvie: yes! he had CASSETTES

Kindred: see? that’s why she left. his priorities effed up

Luvvie: she left him cuz he sits in tubs weeping bout lost loves

Luvvie: *Dead* not lil bed, big tapes! And Diddy’s slack-jawed ass had to make an appearance. muthafucka for what?

Kindred: YES he did. This is a Bad Boy movie that’s why

Luvvie: LAWD! and of course I aint gon start on the lyrics of said song. dont e’en get me BEGUN!!! the beesh IS playing you and you clearly found out but sittin amongst garbage and wading in a tub pool aint gon bring her back. you may wanna upgrade your life and get a bigger bed

Kindred: he could buy that big dumb @ss screen but couldn’t find a pair of balls

Luvvie: he could buy that big ass projector but he sleepin on a dorm bed. iCan’t.

Kindred: california KANG. that’s what he needs to do an appropriate bed slide. i mean seriously tho, where was he sitting with all that garbage? GETCHO BIG children under the stairs face ass

Luvvie: LMAO “sometimes i feel like a motherless child” face

Kindred: get off the staggggeeee. where’s RILEY?

Luvvie: *channels and quotes Riley Freeman from the Boondocks* “NICCA YOU GAY!!! ur woman left you for a sexy flexy ass nigga. now you crying like a BITCH”***

Kindred: “i mean, he wasn’t een no real nigga, like TI”

Kindred: lmao i’m sayin tho – you seint him in that tub, right? cause that video has haunted me for damn near a decade

Kindred: but he couldn’t do that naked tho? maybe it’s cause he a Winans – too secular for Jesah

Luvvie: true story. he aint expose no male nipplage either. he kept it pg-16.5. the winans STAN for the LAWD

Can you think of any other videos that can match the level of estrogen and raw emotion shown in this clip? Did we miss anything in the commentary? Has Diddy ever fully closed his mouth? We need answers. 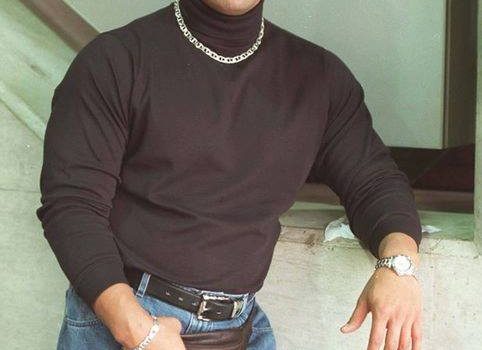 Whose Wayward Family Is This?

The Kardashians Wish You A Merry Christmas