I Know Why Taylor Swift is on TIME’s Person of the Year Cover But WHY is She on the Cover?

The much-anticipated honor of TIME’s Person of the Year just got announced, and they chose “Silence Breakers.” Inspired by this year’s #MeToo hashtag, which took the internet by storm, this makes perfect sense. “Me Too” is more than a hashtag, though. Before Alyssa Milano tweeted that, it was a campaign that was addressing sexual assault for the last 10 years ago, created by activist Tarana Burke.

So, TIME did lovely profiles of people they consider “silence breakers” and they released the cover of the magazine. There are 5 women on it, 1 of whom is Taylor Swift. I immediately got annoyed, because why is Taylor on this cover? I asked that question, and many were quick to tell me that she sued a DJ who groped her, and she won. I know. I KNOW about that case and I am really glad she won but I ask again WHY IS TAYLOR ON THIS COVER?

I am not questioning the validity of Taylor’s experience or her story. I am not doing what Lena Dunham did to Aurora Perrineau. What I have a problem with is what Taylor is being positioned as the face of a movement by being placed on this cover, because she won a lawsuit. She lost nothing when others have lost everything when they break silence, but don’t get visibility. Just look at Ke$ha, whose abuser was her record label boss. She took him to court and lost everything, including her career. She broke silence when there was zero room for it and got shamed into hiding. He even put a gag order on her. Why is she not on the cover?

Why is Tarana Burke not on this cover, when she’s been doing this work for 10 years? Yes, she is on the inside and gets to tell her story but she deserves to be on this cover, because if there is a face for the movement, hers is it. What about, say, Terry Crews, who is a man who decided to break silence and that shit was major. In this culture of toxic masculinity, men speaking up about their victimhood is revolutionary.

But no, Taylor gets to be centered on this cover, like she always is. Don’t tell me she is here for any reason besides the fact that she’s Taylor, and all the Peak Caucasity that comes with that. They want to sell magazines and she is a recognizable face. Yet and still, this gives me all the pause. Taylor is constantly being rubbed on the head for people doing her wrong, and has built her career on it. I wish TIME Magazine would have given someone else the time to be empathized with so visibly. I wish others’ stories could be told with this space.

In voicing my side-eye of Taylor being on the cover, many white women have messaged me to tell me how “disappointed” they are about my stance. Apparently, I should not “shoot arrows internally” and critique Taylor. Internally?? What community do me and Taylor share, besides womanhood? These arrows are external AF. Taylor has never stood for anything I represent, or anyone who looks like me. Don’t “we are all sisters and we should all be happy for Taylor” us right now. It’s only used when it’s convenient for you. I ask that all the “disappointed” white women stop before sending me another message and wonder if they are this loud when a visible Black woman is being critiqued. Did they speak up for Aurora when Lena said she was lying about being raped? Do they speak up for Beyoncé every time one of them writes a “is she a feminist when she wears onesies all the time?” thinkpiece? Do they put on pink pussy hats to march with Black women often? Many only have voice and time to defend those who look just like them and *I* don’t have time for that. Don’t send me another message unless you’ve also put on your cape to CAPSCAPSCAPS for Lupita Nyong’o or Gabrielle Union or or or.

I give love to the silence breakers, and for those who try to break silence and have their mouths covered. THEY are the ones we need to hear from the most. Those who are most marginalized, and try as she may. Taylor Swift, in her whiteness, youngness, thinness, blondeness, richness, is not amongst those.

Here’s to us passing the mic more often so the song isn’t always so bland and rhythmless.

Take the Mantle (with Tarana Burke) – Episode 7 of Professional Troublemaker 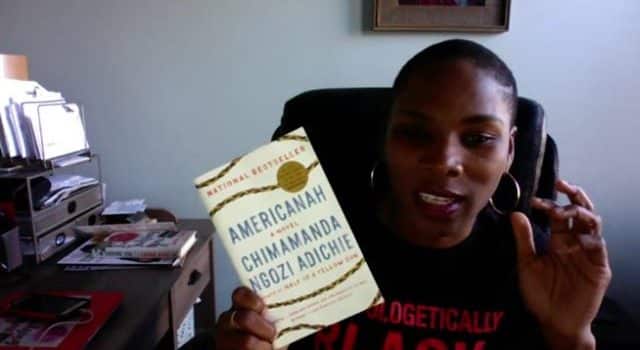 Watch Episode 3 of Rants and Randomness!

Whose Cool Ass Shady Cat is This?