A year ago today, the world lost a bit of it’s awesome when Michael Jackson, the King of Pop passed away. I remember that I was in my office when I found out on TMZ at exactly 4:30pm CST. I was hoping TMZ made a mistake, so I refreshed my page every couple of minutes. No retraction was given. I finally exclaimed “OH MY GOD! Michael Jackson died!” WOW. I was in shock. I wrote  THIS Letter to Michael Jackson the night he died. My thug was ALL murked. He was living art…

I had NEVER seen this picture of Michael Jackson before until yesterday. Turns out it was gonna be used for the cover of the Invincible album. It was taken by a French photographer. Here’s the story behind the pic. Shoutout to Afrobella for introducing it to my life by making it her Twitter avatar.

Oh, Kang Miko!!! WHYYYYY?!?!?! iBlame Human Nature! You weren’t supposed to go! We called your name like you said but you weren’t there. *WALL SLIDE*

We took you for granted while you were here. We harped on ALL your flaws. We laughed at you. We played many bald-headed games and didn’t treat you right. Now you’ve been gone a year and we realize that history made just one of you. We won’t be having another Michael Jackson.

When I watched “This is It” in the theater, I was doing ALL TYPES of *chair slides* in that joint. That concert was going to be the BEST. THING. EVER. I can’t e’en watch that DVD again. My soulspace can’t take it. All I know is that a year has passed and it’s still hard to imagine that you’re gone.

Everyone has an instrumental moment in their life that has a Michael Jackson song tied to it.

Kang Miko was the greatest.

10. He wore flooding pants and nobody asked him to “pull your shoes up, Michael.”

9. He told Billie Jean that STRAIGHT up that chile wasn’t even his. AND she ain’t take him on Maury. THAT is authority. He was SOOO bad ass! Kang Miko was IT!

7. He made STRAIGHT grown men squeal like teenagers and FAINT at concerts. Everyone was gay for Kang Miko.

6. He decided he wanted to lean 45 degrees while dancing and he got shoes INVENTED and patented to allow you to do it. These jokers nowadays are telling us to “Lean Wit It” but he just said “Naw son. I’ma make my shoes LEAN for me.” WHAT?!? Who else can do that. Only the GOAT!

5. The Moonwalk. *drops mic* Nothing more needs to be said about that.

4. He won more awards than some people even know EXIST. 13 Guinness World Records, 19 Grammys, 26 American Music Awards, 12 World Music Awards. I’m sure Jesus has him as His favorite artist too.

3. He made mini movies, not videos. Storylines. Actors. THE WORKS! All we’re left with is… folks rapping into the camera with the girl at the mall dropping it low. This can’t be life.

2. He sold 780 million albums. #WaitWHAT?? Did folks make up that number up? I don’t even know how to count that high. Nope. 780 million. In REAL numbers that sound infinite. You might as well say GAJILLION and you’d still be accurate. If this picture doesn’t make your ENTIRE life…

#1. He is the THRILLERMAKER!!! Always and FOREVER.

My kids WILL know that Billie Jean was not your lover while Jamming. We won’t Stop Till We Get Enough. Michael, you made HIStory and that is undeniable. Now that you’ve Eased on Down the Road to meet Him, I Cry because you’re Gone Too Soon. We thought Heaven can wait but it apparently couldn’t. Your music Heal the World and for that, you Rock my World. I Never Can Say Goodbye but I do hope you’re resting in peace.

I’m in a state of perpetual *WALL SLIDING* all day. Lemme just lay on this floor (I’m so dramatical). MICHAEL JACKSON IS THE GOAT! 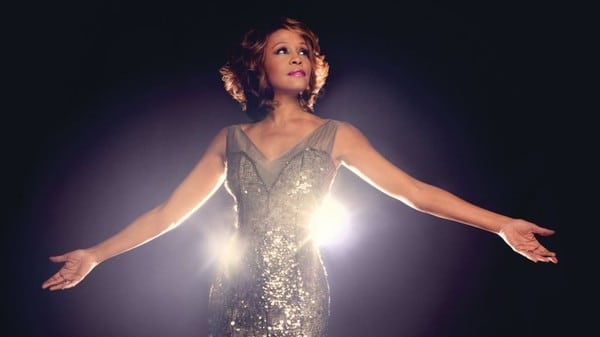