My people! You’ve probably noticed that my Scandal recaps have been missing for almost 2 months. Many of you have because I have gotten many messages about it.

Chile, listen. What had happened was… my travel schedule has gotten ridiculous. I used to travel once or twice a month and now it’s like 4-5 times. Since the month of February, I’ve only been home on like TWO Thursdays, total. In the past, I didn’t have so many back-to-back trips so even if I missed Scandal one night, I was able to catch up with my recaps that weekend. Now? Not so much. I’ve basically been gone on weekdays, get home on weekends, unpack and repack and I’m on the road again.

In fact, that’s why I can do Game of Thrones recaps regularly. Sundays are my “I’m at home for sure” days. Thursdays are prime event nights so I’m not even in my hotel room in time to view Scandal.

I take it as a huge compliment that people miss my recaps, though. But I’ve had many of these convos in the last month:

People: where are your Scandal recaps?
Me: I haven’t been home in 5 Thursdays so I’m behind.
People: So are you gon write one?
Me: I have been really busy and Thursdays have been especially tough.
People: So when you gon do the recap?

DANG, CAN I LIVE?? It takes me three hours to write every Scandal recap. THREE. So it’s not a matter of me finding an hour to make it happen.

People have emailed me asking if I stopped liking Scandal. Nah, son. That’s still my shit. I’d support that show from mountaintop to the valley. But the way my life been set up, the recaps haven’t been able to happen.

It’s super hard for me not to have these recaps going up regularly for y’all. I actually feel slightly guilty about it.I have written over 150,000 words on Scandal over the last 5 seasons. That is 2 book lengths full. My inability to write recaps right now isn’t something I shrug off. Many people have told me they don’t watch Scandal, but they read my recaps faithfully. I’m sorry, y’all. I wish I could be in two places at once and work for 24 hours a day to make it happen but I can’t.

I don’t know if ABC sends advance screeners to folks but if anyone from there is reading this, please consider sending to me. I’d sign all the NDAs you need and I’d even promise you naming rights of my first born in the case of any breach (BUT THERE WILL BE NO BREACHES BECAUSE REAL Gs MOVE IN SILENCE LIKE GNAT). *puss in boots eyes*

Look, I miss live-tweeting Scandal with y’all on Thursday nights. That was my damb jam. But things have changed for a G. I do have one thing to ask of you. STOP TWEETING SCANDAL SPOILERS AT ME, BRUH. For real. I get so mad when I log into my Twitter, and I go into my mentions (not the general timeline because I know better) and yall have tweeted plot points to me. IF I AINT THERE TO WATCH, DON’T TWEET TO ME ABOUT IT. Just rude as hell.

But yeah, I just had to write this post because some of you were basically taking it personally that you hadn’t seen a recap from me in a while. If you don’t know, now you know. 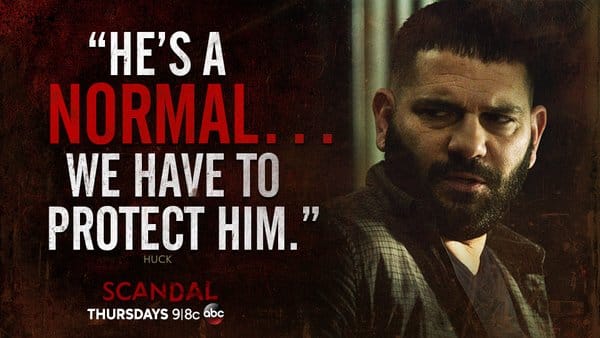 It’s Hard Out Here for a General: Scandal Episode 510 Recap

I'm at the Bentonville Film Festival For the Week!